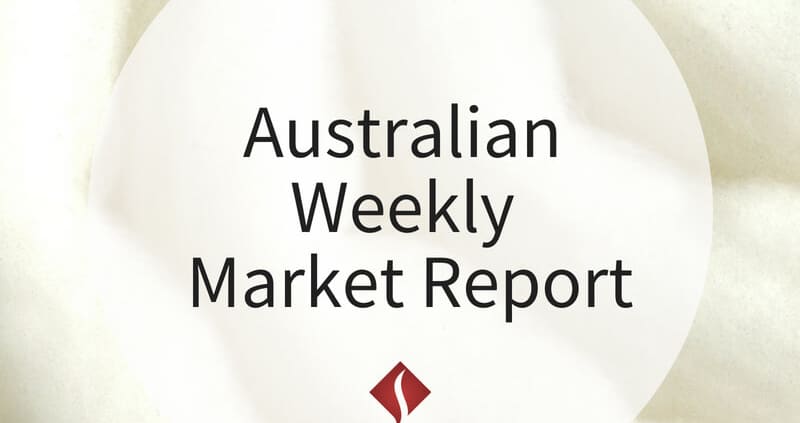 Sales resumed this week following the annual three week recess. With many European business winding up for their summer holidays, and Chinese demand a little uncertain, all prices opened cheaper on Tuesday. Following that initial reaction, there was some daily market movement between centers as prices began to align for similar qualities. The final sale in Melbourne prior to the recess had a good selection of high quality RWS and Authentico certified lines and these, on that day, were very keenly sought after. In a larger selection of best fine wool this week, and less RWS certified, the finer indicators were less extreme. It was the last sale prior to the break that was the anomaly, rather than this week.

A key indicator, the AWEX EMI in USD value, was slightly up this week (+1.3%). This was a very good result and shows a continuity of support from the Chinese market.

Most downward market trends tend to be an over reaction. Growers again showed a resistance to sell in a falling market and despite the expectations of a large volume sale, withdrawn rates and passed in levels restricted the final sold volume to 43,000 bales. 55,000 bales were eventually offered despite just over 60,000 bales originally listed for sale. As a result, prices did certainly stabilise in Melbourne on Thursday. We are expecting another large volume offering next week before quantities drop off again. If the market doesn’t hold around these levels, expect growers to show resistance once again. They are generally experiencing good seasonal and market conditions across multiple farm commodities at the moment. Wool is the one commodity that can be held in store for better times if necessary.