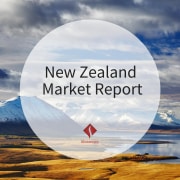 South Island only offering 8,570 bales.  The selection was 40% fleece, 11% shears/hoggets, 12% lambs and 14% associated oddments.  There was also 10% halfbred fleece, 3% halfbred hogget, 7% merino and hogget fleece and 3% merino oddments.  Once again prices increased on the back of the previous weeks levels with all sectors operating.  The good colour fleece was particularly sought after.  The main competition was from the United Kingdom, Europe and China with support from the Sub Continent and local mills.  There was generally a good clearance of finer wools although some growers chose to pass in their wools at these levels.