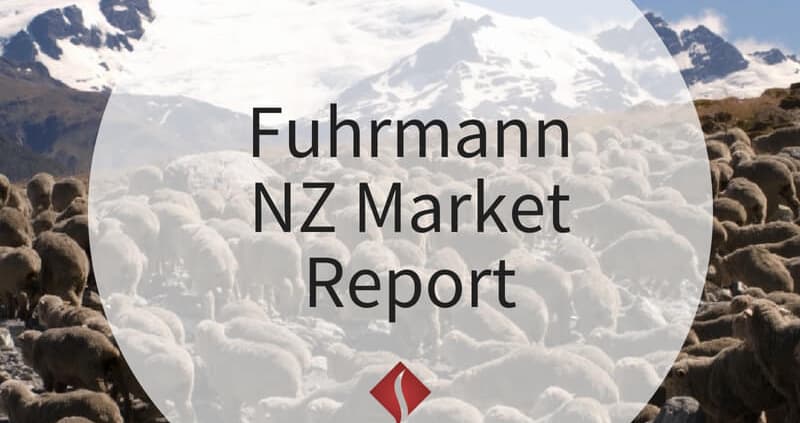 North Island offered 7,600 bales and South Island offered 8,300 bales today.  The selection consisted of 65% good/average colour crossbred second shear and fleece wool, 34.0 to 38.0 micron, 10% end of season lambs, generally average colour with some good colour in the South Island, 10% new season halfbred fleece good colour and the balance made up of associated fleece, shears and lamb oddments, mostly average/poor colour.  The combined North Island and South Island auctions started on a softer note with most crossbred types struggling to remain firm from last weeks levels.  However the sale finished with crossbred fleece and shears, buyers favour and good colour shears remaining firm.  Crossbed hoggets dropped 2%, but oddments bucked the trend and increased 1%.  The first offering of halfbred fleeces came right back in line with the current Australian auction prices.  This resulted in a number of growers anticipating the drop and withdrawing prior to the start of the day or generally passing their lines in.  Again competition was limited to Europe and China, but well supported by the Australasian mills and the Sub-Continent.

All descriptions up to 1% dearer.